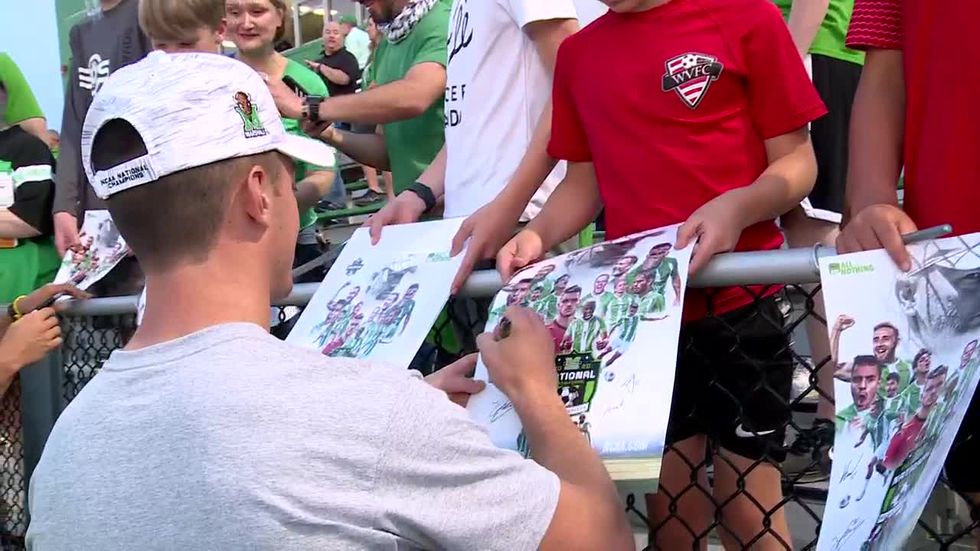 HUNTINGTON, W.Va. (WSAZ) – Some soccer players who trained at the YMCA Kennedy Center Wednesday night were too young to understand what the Marshall Men’s soccer team did, but slightly older kids are excited about the idea of ​​being the best college team in the country is playing in their backyard.

“I’m one of their biggest fans,” said 10-year-old Zavier Tucker.

9-year-old Cohen White was at the title game in Cary, North Carolina on Monday night when the herd beat Indiana 1-0 to win the national championship.

“It was amazingly honest,” said White. “It was one of the funniest experiences I’ve ever had. When I see Marshall win, I want to play for Marshall before I go to college. “

Matthew Graham trains his 10-year-old daughter on a youth team in the Kennedy Center League.

“If she’s interested in a college soccer tournament at this point, that’s fascinating in itself. Then when she sees her hometown school win when she doesn’t stand a chance, it means she can beat anyone anytime, no matter what team she’s on, so it’s definitely inspiring for these kids, “said Graham.

Jodi Mallory has a couple of young children who are just starting their soccer careers. She visited Marshall and was a strength and conditioning coach for various herd teams, including women’s soccer.

“I think this can really inspire young children because it gives them something to strive for,” she said. “You saw how excited everyone was to see the game and how fun it is to get together and do something that is fun.”

After the monumental Marshall victory, those involved in youth football on site can expect an even greater interest in the sport.

“There are a lot of people I’ve spoken to who have never seen football, who got interested in it and discovered that they like football and that could make their kids want to play,” Mallory said.

“You can accomplish anything,” said Altizer 4th Class Savanna Suttle.

- May 17, 2021
0
Orange County SC have signed the 18-year-old midfielder Hunter Hanes and 17 year old goalkeeper Anthony Anderson to contracts of...