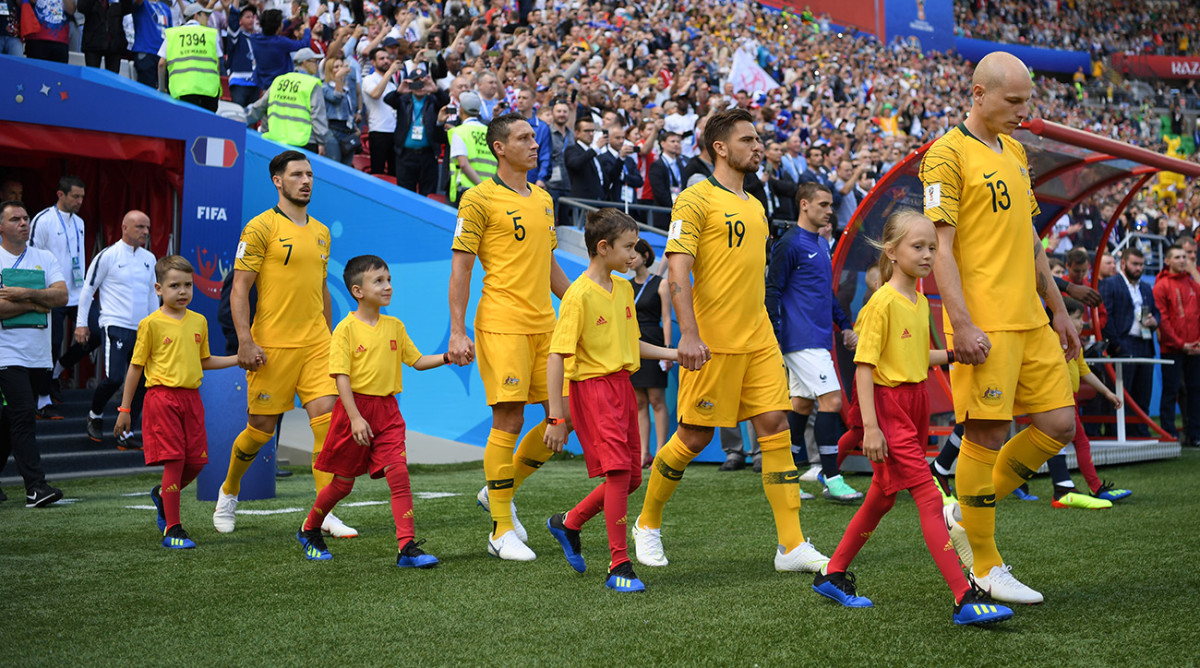 The national firestorm started as a public relations issue – Australian fans grumbled en masse online about their inability to watch the World Cup. Then the country’s prime minister stepped in and it turned into a debacle. “We’re starting to see people’s rights being eroded,” criticized one academic after watching a flawed streaming service. This is the state of the sports media in 2018.

So what actually happened? Here’s a quick and dirty timeline of a turbulent week for Australian football fans and the sport’s broadcasters:

Friday: For the first time in decades, World Cup matches were not shown on the Australian public broadcaster SBS. Instead, telecommunications operator Optus broadcast the games to its phone or internet customers for free through its various apps and to non-Optus subscribers for $ 14.99 / month. Aside from the fact that a large, unknown number of viewers couldn’t actually watch, there were playback errors and endless buffer screens instead. A spokesperson apologized that evening, citing an unexpected demand from viewers for the issues.

Sunday: Given the ongoing mistakes throughout the weekend, Optus CEO Allen Lew said, “We should have done better,” adding, “We’ll fix this problem by the end of tonight.”

Monday: Lew heard from Australian Prime Minister Malcolm Turnbull and allowed SBS to broadcast the games for the next two days as it could not announce a solution.

Wednesday: SBS’s contract to show games on its free-to-air network was extended during the World Cup group stage, as Lew said, “There is no doubt that this has affected the Optus brand.”

While the vitriol initially focused on Optus, the discussion about its causes also began in the course of the episode, which ultimately pointed to macro trends that are taking place here in the US as well as in Down Under. “As soon as Optus got those rights, everyone said it would be a disaster,” says Australian tech journalist Adam Turner. “Everyone knew.”

Two years ago, Optus also acquired the exclusive rights to broadcast English Premier League football matches in Australia and encountered similar technical problems early on. While sport has been available online for years, the process of distributing live streams over the Internet remains technically complex, especially given the increasing number of devices and platforms for which businesses are required to develop unique solutions. Despite the fighting, Optus was happy with the results. Football fans with other cellular contracts bought Optus plans solely for EPL access, and existing Optus customers had one more reason not to switch service. So Optus has opted for additional exclusive sports content, which brings us to the question of the availability of World Cup rights …

On the same day that Turnbull was commended for stepping in and Optus called for improved access to the games, members of parliament personally asked him to apologize for causing this situation in the first place.

In 2014, Turnbull served as communications minister when the government cut funding for SBS, despite warnings from the broadcaster’s executive director that a smaller budget could force him to give up some World Cup rights. Two years later, SBS did just that, giving Optus exclusive rights to 39 of the 64 games. “Optus is reinventing the way Australians play football,” Lew said at the time.

The Australian government maintains a list of sporting events so important to the country that free TV broadcasters have the first chance to claim the rights, but much of the World Cup has been removed from that list with little fuss, the instructor says from Western Sydney University Keith Parry as its collection is shrinking due to pressure from new media players. Over time, he has seen the realization that access to certain events should be maintained as a “right to cultural citizenship” has been turned into a “grudging assumption that you have to pay”. Expecting the opposition party to continue pounding the government over this recent fiasco, he argues that they have sided with the big business over the interests of the people. But at the end? “I think money will win,” says Parry.

A senior executive at a leading U.S. streaming platform provider said American fans shouldn’t worry about this type of failure happening in the States. Short-term spot failures are still typical, but not on this scale, not in 2018. “If it happened here,” he says, “someone did something wrong.”

So let Optus’ struggles be a warning, as some of the underlying factors look eerily similar. Our network of providers, platforms and devices is dizzyingly complex. In our business-friendly environment, old standbys are shrinking and newcomers are increasing. Our technology and telecommunications companies are signing content deals to differentiate themselves. For the time being, these were mostly small agreements that stand in the water. But sooner rather than later a newcomer to broadcasting will cause a sensation. If that happens, the company promises to completely reinvent our sports experience. And it becomes, for better or for worse.

Sports activities outcomes – The way you went on the inexperienced...

admin - January 16, 2021
0
ALL the sporting results for the past week as supplied by your golf, swim, sailing and soccer clubs – if yours is not...