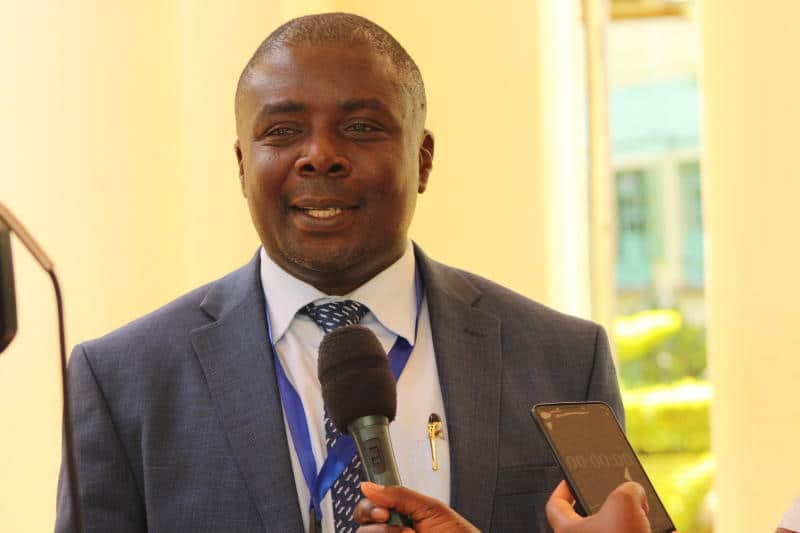 – According to him, the panel interviewing them looked at the values ​​they had conveyed in the respective schools

He beat five other contenders to get to the top and join the Nationals to be held in Mombasa in June 2019, the Standard reported.

The school principal beat five other contenders to get to the top and get to the Nationals to be held in Mombasa in June 2019. Photo: The Standard.
Source: UGC

He was followed by Jane Odhiambo of Bishop Linus Okok’s Girls’ Secondary School in Homa Bay County, while Ezekiel Okeyo, director of Bishop Mugendi Nyakegogi in Kisii, was third.

“This is an exercise that helps us understand that we must work in accordance with the established standards and support the government in fulfilling its core mandate,” Namachanja said.

According to the headmaster, the panel in which the participants were interviewed looked at the values ​​they had conveyed in their respective schools.

They also assessed the activities carried out in the institutions to help improve academic performance.

Odhiambo noted that, along with support from the community and other educational actors, she has sponsored several girls.

Together they managed to found the Inua Wasichana kitten, which is supposed to help needy students to raise school fees.

“Families shouldn’t hide the poor but bring them out and allow society to adopt them,” advised Odhiambo.

She said her greatest achievements were in providing the school with water and increasing school enrollment from 462 students in 2015 to the current population of 1,026.

Okeyo, on the other hand, said drilling a borehole and building a four-story building in the sub-county school was evidence of management’s accomplishments.

“We have increased enrollment and improved advice. The support from the surrounding community has been tremendous, ”he said.

Do you have a life changing story for us to share? Please contact us via news@tuko.co.ke or WhatsApp: 0732482690 and telegram: Tuko News.

It isn’t true that the U.S. ladies’s soccer group knelt throughout the nationwide anthem on the Olympics