OFF THE POST NEWS
Home Teams Six levels: If I personal the staff – youth soccer 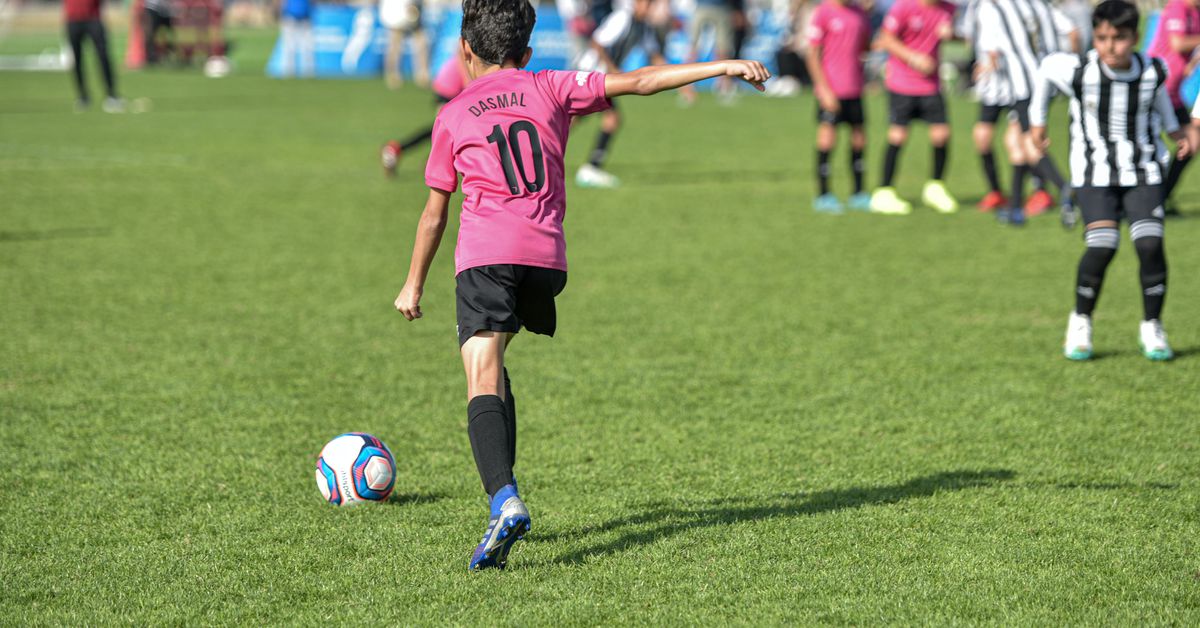 1) This is the fifth column in a series that might piss off Merritt Paulson but make him howl with laughter. In this series, I’ll tell you what I would do if I owned the Timbers / Thorns on the one hand and am absurdly rich on the other. Not Jeff Bezos rich, but richer than Merritt Paulson. Rich enough that the team wasn’t my main source of income, but more of a hobby. Rich enough that I didn’t need the team to make a profit, I just needed them to break even.

2) This week’s idea. When the good people of Portland finally get up and demand that I be named team owner (when does that happen, by the way? I get a little impatient here), I’ll start a group of free-to-play youth soccer teams around Portland.

3) The details. I think we would have about 10-12 clubs in town, all free and all in low income areas. We would provide coaches, uniforms, balls and maybe even help with floor maintenance so that their playing fields would be – as I can imagine – reasonably decent in the local parks.

I think 10-12 clubs give us enough teams to make a league. Let’s say 10 teams. These teams trained in their local park every day after school and then traveled around town on Friday to play against one of the other teams. At the end of the season you’re damn right, I’ll let them play the championship games at Providence Park.

In winter we probably go indoors and play futsal. Football from April to October, then futsal from November to March seems reasonable. I’m not sure where we would play the futsal championship games. Would the Moda Center let us in? If not, Portland State has a cute new gym. Maybe we could do it there.

How exactly would these 10-12 clubs be? Wherever the poor children are. And the immigrant children.

Some possible clubs that I’m literally making up for in this second: the Gresham Gladiators, the St. Johns Saints, the Oregon City Pioneers, the Beaverton Bulls, Milwaukie City, Fort Vancouver FC, Atletico Albina, the Lents Leopards, the 82 Airborne, the Tigard Tigers. Let’s go, 10 clubs that I seriously thought up. (I don’t like my selection of neighborhoods? Throw me some other options in the comments. Bonus points if you have cool names. Quadruple bonus points if you make a team crest.)

As I said earlier, 10 teams would probably be enough for a league, but if other teams – private teams, non PTFC sponsored teams – wanted to join, that would be great. I’m sure our clubs would enjoy making fun of the rich kids.

4) The positives. Organized athletics after school is pretty darn good for kids. Starting this league would make Portland a better place.

But that’s not entirely philanthropic. This would also benefit the woods and thorns. Because while most children will just be your average everyday child, some of them will turn out to be special. We will discover and care for them and maybe some day bring them to the academy. And from there? Maybe they’ll join the senior team.

Did you notice how many local players are eligible for Dallas FC? A damn ton. And have you seen how many of them have signed huge, huge multi-million dollar contracts in Europe? A metric ton of fuck. Hell, it’s only been three or four in the last few months.

This website lists products from the MLS Academy that are currently offered in Europe. FC Dallas has nine. The Red Bulls have six. The woods have zero. And yes, I fully understand that metropolitan areas of Dallas and New York are huge, but Portland is not, but that just means we have to get creative. If we start team-sponsored, free-to-play youth teams all over town, we can catch up with FC Dallas and the Red Bulls at least a little.

But, you know what? Even if it weren’t for that, we would still be doing something really good for a number of children in poor areas. That alone could justify the whole thing.

5) The possible negatives. As always cost.

In the detail section above, I imagined 10 clubs with six teams each. If each team has 20 or 30 children, that’s 120-150 children for each club. Multiply that by 10 clubs and suddenly I’m buying uniforms for 1,200 to 1,500 kids. Yeah sure, their uniforms won’t be anything special. Probably just a t-shirt – club badge on the front, a number on the back – but still there are a lot of t-shirts. And when they get home and away from colleges, double it up.

And probably the biggest expense is paying the coaches. I have no idea what youth coaches get paid, but I’m sure they don’t do it for free. And not only will I be paying them a salary, I will want them to get their USSF coaching licenses. I’ll pay for this of course and I doubt it’s cheap.

So yes. As always, the big negative is the cost.

But like I said in the “positives” section, I bet some of these kids will end up in the academy and from there onto the Timbers and Thorns. Maybe the money is well spent.

6) Could this actually happen in the real world, where Merritt Paulson still owns the team? Probably not. There is a lot of cost and a lot of complexity. Yes, it might pay off in the end, but I’m not sure the team is ready to face a big, complex, and expensive cause like this one.

But Merritt has responded to some of these columns on Twitter. Maybe he’ll do it again today and we’ll find out that the team is already doing something cool with youth football. That would be great.