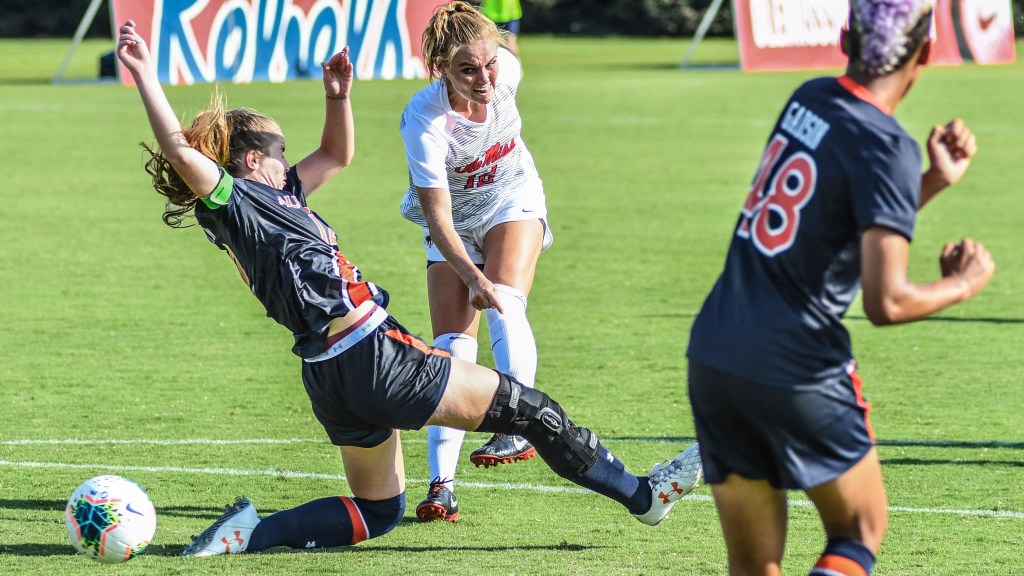 Auburn footballers Sarah Houchin and Hailey Whitaker were both honored by Top Drawer Soccer after beating South Alabama 3-0 on Saturday.

Do these 4⃣ consecutive weeks with an @TopDrawerSoccer team awardee of the week. @ Sarahhouchin 🤝 @haileywhitaker_ #WarEagle

Houchin was named Team of the Week for the fifth time this spring. An Auburn player received the recognition. It was the second time both Houchin and Whitaker received an Honorable Mention this week.

Houchin, a senior, led Auburn to the eighth shutout this season against the nation’s highest-scoring offense. Saturday was Houchin’s 76th straight start for Auburn on the backline and she assisted the Tigers’ first goal of the match. Not a bad way to end Senior Day.

Whitaker, a junior, finished with two assists and scored the Tigers’ third goal of the game. After best matching her career with two assists and four points, she was named Attacking Player of the Week at the Southeastern Conference this week. Whitaker was recognized by Top Drawer Soccer last week after scoring the winning goal against Alabama. This week is her second honor in a row.

Head coach Karen Hoppa was delighted that her players’ efforts continued to be recognized.

“Sarah and Hailey played a key role on the defensive and offensive of the ball when we won last weekend. We’re excited to see both of them recognized by Top Drawer this week. “