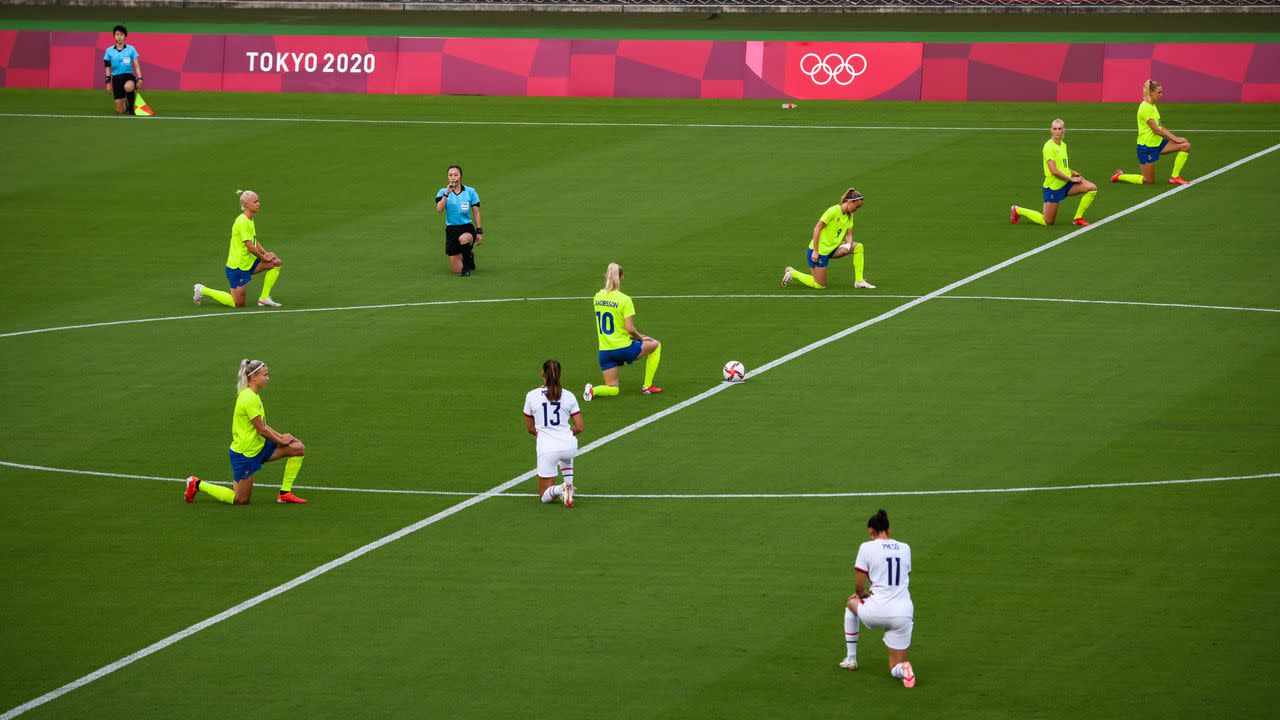 The US and Swedish women’s soccer teams kneeled on their knees ahead of their game on Wednesday in protest against racism and discrimination.

The big picture: The International Olympic Committee has issued new guidelines that allow athletes to express their views more freely than in the past. The organization relaxed its protest rules as part of the global race billing in 2020, reports Jeff Tracy of Axios.

Stay up to date with the latest market trends and economic insights with Axios Markets. Subscribe for free

Game Status: Before the game between the USA and Sweden, the British soccer team went to their knees shortly after the referees whistled to signal the start of the game. Their Chilean opponents quickly returned the gesture, according to the AP.

Driving the news: The footballers were the first athletes to use the Olympic platform to protest, a step that “will be the first of many political statements by Olympic athletes,” writes Ina Fried from Axios.

What you say: “We are delighted that the IOC has given athletes the space to use their voices for the good at the Olympics, and we are proud of our athletes who are committed to promoting racial equality around the world, “said Rob Waddell, Chief de Mission of the New Zealand Olympic Games Tokyo Games Committees.