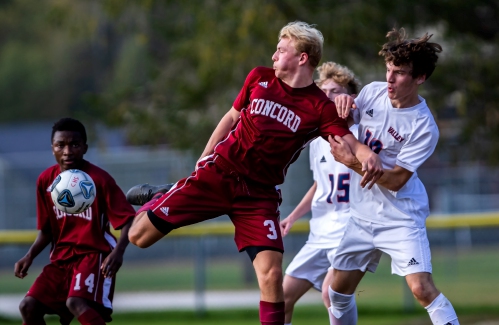 The Lions Twin State Soccer Association board of directors announced the updated roster for the Lions Cup games on July 17, and several athletes from the area – and a coach – will represent New Hampshire.

The Lions Cup is an annual game between the top seniors from New Hampshire and Vermont that is played at Hannover High School.

Alasdair Ferrier – the all-time all-time goalscorer – for the Concord High boys’ soccer team (6-3-1 in 2020) was included in the Division I All-State First Team selection and is led by Concord defender Brandon Comire – a second Team choice.

Coe Brown goalkeeper Hogan Cain – who was on the D-II First Team along with Selleck and Wachsmuth – will also be for NH. play

The NH girls will have Hopkinton head coach Mike Zahn as an assistant on the sidelines.

Zahn trained Hopkinton (7-4-2) to a D-III championship in the fall and led the Hawks girls’ lacrosse team to another D-III final in the spring.

Caitlin Clark (a midfielder) is the only Hawk player on the roster and is supported by another D-III first-team selection – Bishop Brady’s goalkeeper Emily Senko.

Both Bow and Merrimack Valley had two girls called to the Lions Cup roster.

Bow First Team defender Chloe Binder and First Team midfielder Kristina Pizzi, who helped lead the Falcons (8-1-2) to the D-II semi-finals, where they lost to eventual champions Milford, will too for NH. stand in the square

Racism in opposition to black English soccer gamers is “unfair”

RCSD soccer gamers get artistic to get on the sphere