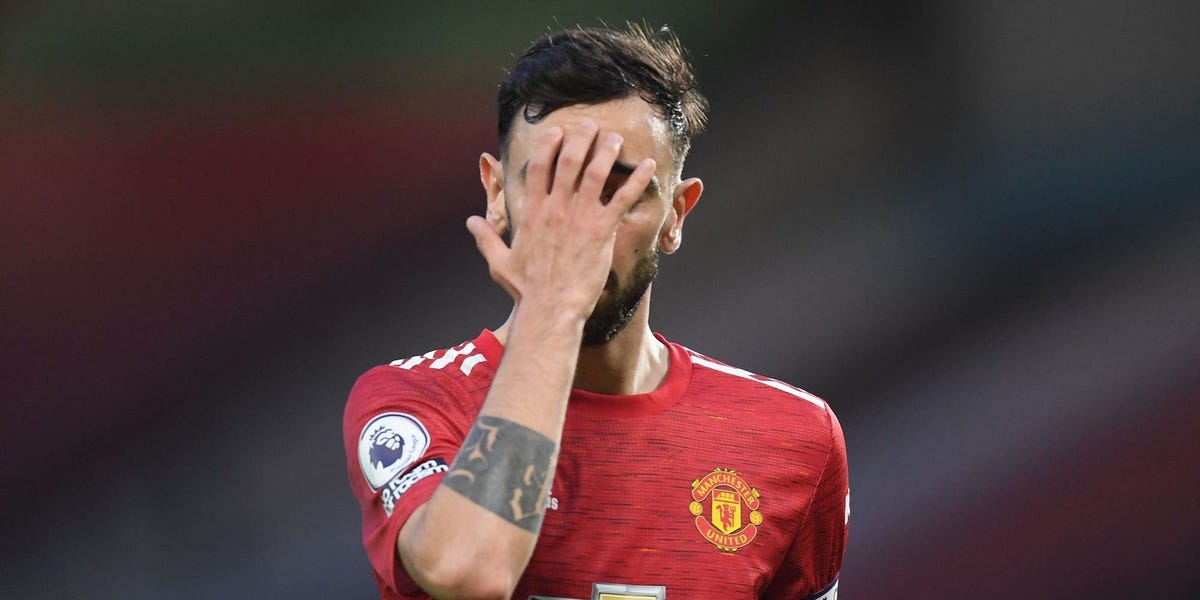 Manchester United players had to take a nap in the club’s corporate boxes ahead of the reorganized game against Liverpool on Thursday as protests against the club’s owners continued.

Unfortunately, the naps didn’t work as United suffered a devastating 4-2 defeat to jeopardize their hopes of automatic qualification for next season’s Champions League.

Ole Gunnar Solskjaer’s side was originally scheduled to play Liverpool on May 2nd. However, the game was postponed after around 200 fans broke into Old Trafford and demonstrated on the pitch.

United fans have been protesting against the owners of the club since the fall of the planned European Super League, of which Joel Glazer was co-chair.

To avoid a repeat on Thursday, the club have taken a number of precautionary measures, which The Athletic reports that the stadium’s boxes have been converted into bedrooms.

The move was done in such a way that the players who had arrived on the ground six hours earlier to avoid being attacked in the team bus could sleep as needed before the game. Elite footballers are usually asked to nap for a few hours before the game to make sure they are not tired.

United also used fake buses to deter potential demonstrators from the smell while the players were “obliged to keep their preparations secret”.

A 10 foot wall and steel barriers were also installed around the most vulnerable areas of Old Trafford.

Despite the precautionary measures, according to The Athletic, around a thousand United fans still gathered outside the premises to protest, raise torches and display banners expressing displeasure with the Glazer family’s property in the club.

Sky Sports reports that two people were arrested during the protests.

A night to forget for United

Against the backdrop of loud protests, United prevailed against Liverpool in the 10th minute through Bruno Fernandes, whose shot was cruelly deflected into the net by the leg of Liverpool defender Nat Phillips.

Phillips made amends in the 34th minute when his low cross fell to Diogo Jota, who scored a clever high-heeled finish to level the score.

Goals on either side of Roberto Firmino’s half then gave Liverpool a 3-1 lead before Marcus Rashford scored with his 50th goal at Old Trafford.

When United looked for a late equalizer, Mohamed Salah closed the points for the visitors with a late breakaway.

The United defeat was the second in two days after being beaten by Leicester City on Tuesday.

Solskjaer’s men remain second in the English Premier League table. However, with two defeats, the team still has to win one of the two remaining games in order to secure Champions League football next season.

Solskjaer admitted after the game that his side’s preparations were disrupted by the protests but said they were not responsible for the defeat.

“I think the players handled it well, none of them complained, just moved on. We knew it was going to happen so there was no need to waste energy on what we couldn’t control,” said he.

“The preparation was different but we won’t find an excuse for it. Anyone who has played at this level knows that attention to detail is important and that’s why we prepare a certain way for each game.

“We couldn’t do that now, but like I said, I think the players did really well.

“But we have no result [or] Performance. It probably affected them a little, but neither player would offer an apology for it. “

United face Fulham on Tuesday May 18, where fans will be welcomed back to Old Trafford for the first time since March last year.

60 NCAA soccer gamers are nominated for the Senior CLASS Award