OFF THE POST NEWS
Home Results JFF, Mattocks should bury the hatchet | remark 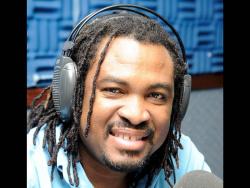 The average Jamaican soccer fan had suspected for weeks that there might be some differences between the talented Darren Mattocks and the Reggae Boyz coaching staff.

The youngster grew up in the Jamaican soccer public. We remembered him from his big scoring days at Bridgeport. We followed his career at Akron University. He excelled not only on the soccer field but academically, and we watched with pride as he became the most talked-about youngster in the United States Major League (MLS). He was named Rookie of the Year in the MLS, and it seemed only a matter of time before he became a star with the Boyz.

We saw him in that historic home game against the US. He played for a few minutes and impressed everyone with his feel for the ball, his confidence and his moves away from the ball. But when the team went to the USA, he was strangely sitting on the bench. His performance at the Caribbean Cup was restrained, and when the squad was called up for the Mexican game in those finals, he was surprisingly left out.

There was murmur that he was not on the first team, hence his omission, and that his inexperience worked against him, but most of us knew there was more to it than that.

Well, history comes to bump! Without going into too many details, Captain Burrell has publicly admitted that the federation has problems with the attitudes of the precocious youngster. He said it on a radio show in New York a few Sundays ago, and it was in the papers yesterday. Of course, my interest was piqued, and on Wednesday night I called my federation sources and tried to solve the mystery of Mattock’s ‘setting’.

The answers were interesting. From what I heard, it seemed obvious that some members of the Jamaican football hierarchy were not happy with Mattock’s behavior after that home game against the US. He was apparently encouraged to run the spectators onto the field after the game ended, after that emotional win, and that’s a no-go at FIFA level.

We had heard rumors about it before, but it was the first time I heard from JFF officials that it was definitely a sign against him.

He might have been forgiven for that, but then there were those at the JFF executive level who were less impressed with the youngster’s “demeanor” when he was called up to the last Caribbean Cup. According to my statement, the youngster was missing for days and could not be contacted by the JFF if a camp was called before the tournament.

It turns out that Mattocks may have had a pre-arranged photoshoot with adidas in the US around the time the camp was called, but he obviously hasn’t communicated this well to the JFF and coaching staff.

UNDER PAR AND UNFIT

In Antigua, he played well below average and was reportedly unfit and much more lazy than he should have been. I was also told that he wasn’t always the most receptive person to instruction and definitely rubbed some people the wrong way. In short, there are those who feel that Mattocks has started to believe in its own hype.

It may not be true, of course, but perception is everything sometimes. I spoke to Mattocks myself. He denied calling anyone onto the field at the USA game. He felt that his agent had tried to contact the JFF about the Antigua camp and admitted that maybe he could have been a little more vigilant with the pursuit.

He also admitted that he hadn’t done his best in the Caribbean Cup but pointed out that he wasn’t playing in the position he was used to, but he did his best. And he said he had no idea about the “hype” allegations.

The sooner JFF and Mattocks overcome this hurdle, the better. The country needs a gate magnet, and it may still be our best option.

Orville Higgins is a sports host at KLAS FM. Email feedback to column@gleanerjm.com.