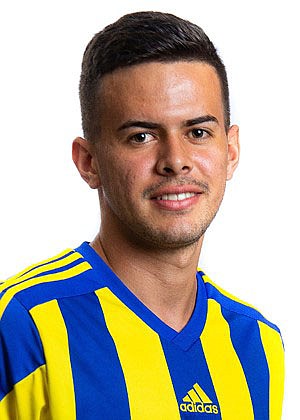 Senior goalkeeper Jens Keemers and second midfielder Oscar Carballo were named Sooner Athletic Defensive and Offensive Player of the Week on Monday afternoon, according to the conference office.

Keemers was named National Defensive Player of the Week for the NAIA on Tuesday.

Dutch national Keemers celebrated his first career win between the three bars on Saturday March 13th after scoring eleven parades. With two direct saves in the second half, Keemers stopped the Golden Eagles for their first win at Alumni Field this season. On Tuesday afternoon (March 9th) Keemers scored nine parades in the 1-1 draw against Oklahoma Wesleyan (No. 2) in Oklahoma Wesleyan, which extended the undefeated streak of the Golden Eagles in Bartlesville to three.

Costa Rican-born Carballo scored a six-point week, including two big goals in John Brown’s draw at Oklahoma Wesleyan No. 2 and a convincing 3-1 win over Oklahoma City. At OKWU, Carballo’s header stunned the Wesleyans after a great feed from newcomer Ivan Garcia after the restart and remained the decisive goal in the double overtime affair. On Saturday, Carballo’s header broke open in the penalty area after a feed from Junior Adrian Immel from the left flank – until Carballo assisted in two goals from Jacob Zamarron in the second half to give JBU their first home win of the season.

Finest school soccer workforce ever? How about 2005 Portland pilots