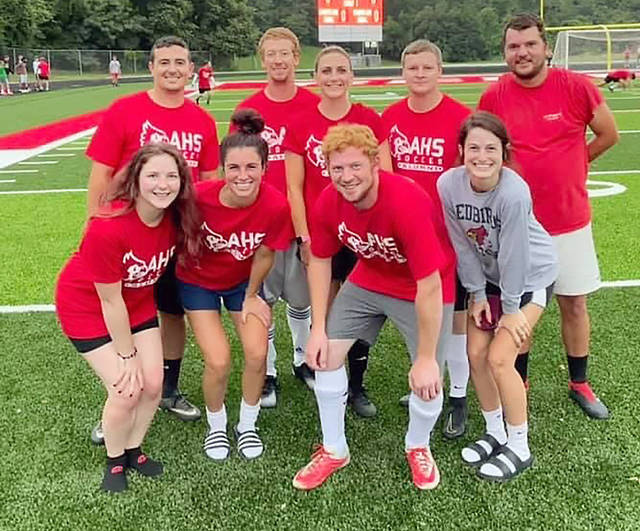 ALTON – For one night the Alton High soccer alumni were Redbird kickers again. And for many of the former AHS players, a change of location meant their first game on artificial turf.

On the new lawn in the Public School Stadium, the third annual Alton Redbirds Alumni Soccer Games were a success, according to Alton girls’ soccer coach Gwen Sabo.

“The alumni games were a hit,” said Savo. “We had a great turnout and both games were competitive. It was great to have so many former players come out and support the current programs.

The proceeds went to the AHS boys and girls programs.

In the alumni format on Saturday, players with even degrees competed against players with odd degrees. The women’s game began at 6 p.m. and the men’s game at 7.30 p.m.

In the women’s category, the team won 7-2 with four goals and two assists from Lindsay Kennedy Eversmeyer (class 1998), one goal and two assists from Jordan Sasek (’11) and goals from Sabo (’11). ) and Jessica Taul (’13). Both team goals in the same senior year were scored by Jessica Varner (’10), who was assisted by Allison Baker (’08).

In the men’s category, the straight-line team won 3-2 with two goals from Nick Funk (’06) and one from Jake Lombardi (’20). Assists from Garrick Redditt (’04) and Caden Chestnut. The team goals in an odd senior year came from Ben Copley (’11) and Jordan London, supported by Kevin Cheatham (’13) and Nick Rayfield.

Both AHS soccer coaches played in the game. AHS girls’ coach Sabo, who later played at Northern Illinois University, was a member of the 2011 AHS class and Tyler Hamilton, the AHS boy coach, was an Alton High graduate in 2013. He played college soccer at Illinois College.

“There are so many people who helped put this together,” said Sabo. “Judges Jason Hardester and Tom Clark volunteered for the third year in a row, Macias Insurance Agency and Freer Auto Body were our sponsors, the National Honor Society volunteers worked the entrances and ran our cake and apparel sales, and Mark Sabo ran it Scoreboard and treated player intros. “

“What a night,” said Sabo. “We are extremely grateful to all of the alumni who came out and made our two games a great success.”