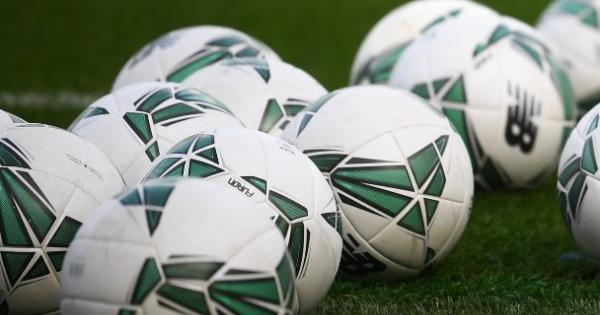 The Football Association of Ireland (FAI) has confirmed by the government that underage football, grassroots and League of Ireland can return to hands-free training from April 26th. This is the first step towards a gradual return of football at all levels of the game.

In response to An Taoiseach Micheal Martin’s announcement, FAI CEO Jonathan Hill recognized the work the government and its agencies are doing to facilitate return to training on April 26th in groups of 15 for all underage players.

The CEO has also reassured all adult amateur teams that this return for underage players is the first step towards a return to football for all basemen as Ireland is out of lockdown.

“We obviously see this government announcement as positive for all of our underage players who have waited so patiently for the chance to play football again, although we would of course have wished it had happened on April 5th, but we are asking the realities of fixed the current situation, ”said Jonathan Hill.

“The contactless training in pods of 15 is the beginning of a return to our game, where all our players of all ages can train and then hopefully play in the future. This fight against COVID-19 was so demanding for Irish society and our footballers had to endure so much at Level 5.

“We thank you for your perseverance and patience. Compliance with the government guidelines of our base clubs, their volunteers, coaches, match officers and players was exemplary and to be welcomed.

“Our adult amateur game unfortunately still needs to be patient as we await a return to training for them and of course to play games. However, our game has proven safe in a Covid-19 environment and I challenge all clubs on to keep this up. ” This will happen when we return primarily to training for our younger players on April 26th. “

The FAI will now take the following steps in light of the government update:

* * We will be updating FAI protocols for safer return to training for our underage teams and players.

* * We will be hosting a COVID-19 webinar for all base leagues and affiliates on April 12th.

* * We will then hold regional workshops for Club COVID-19 Compliance Officers, in which we will present and discuss our latest protocols in detail.

* * We will review where we stand with all affiliates in relation to all leagues and competitions and agree next steps as soon as possible.

* * We will consult with SFAI later this year about hosting the Kennedy Cup and Gaynor Cup tournaments.

* * We will consult with all clubs in the underage men’s and women’s national league about the return to the training plan and the next steps.