OFF THE POST NEWS
Home Teams Asbury Park FC, the soccer crew that does not play soccer 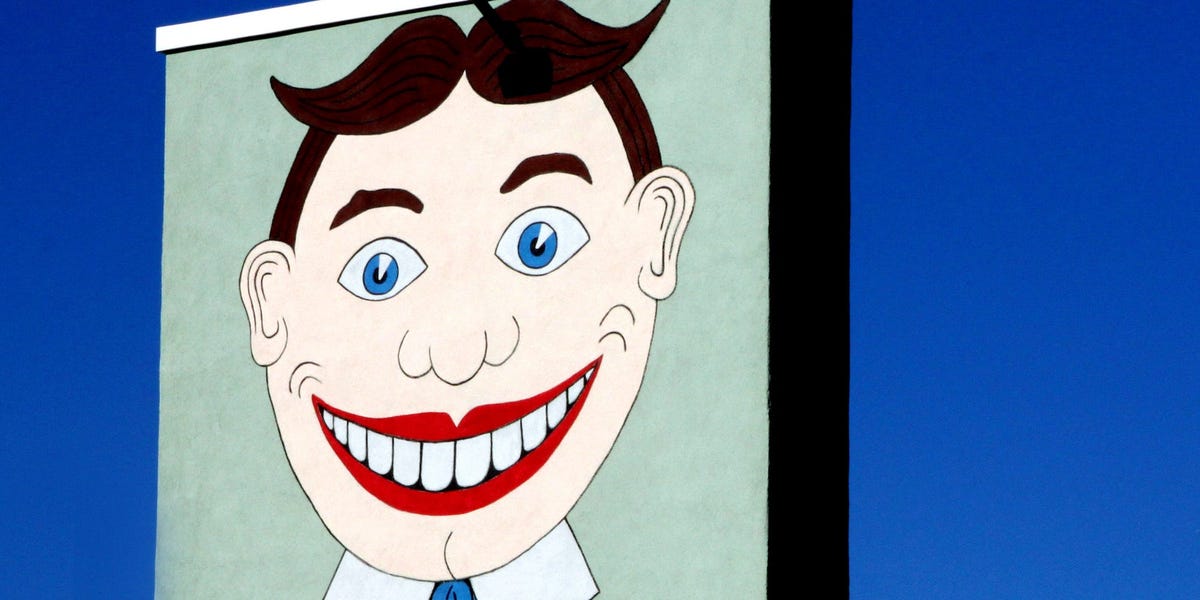 Asbury Park FC has many things that you would associate with a top-class football team – a loyal following, carefully designed shirts and nifty promotional materials.

One thing that doesn’t exist, however, is a team that actually plays football.

Founded in 2014 by marketing guru Shawn Francis and musician Ian Perkins, APFC is a clothing brand disguised as a soccer team in New Jersey.

It’s a clever take on how modern football has as much to do with image and merchandise as it does with the game itself, and it has fans all over the world.

“The whole thing is an absolute joke,” Perkins told Insider. “It’s not that we don’t take it seriously. But it makes us laugh.

“We do things we want to wear and we make jokes that make each other laugh,” he added. “But the whole thing is such a joke. And it’s fun. As if we had so much fun doing it. That’s the most important thing.”

“Where the hell is the park in Asbury Park?”

To answer that question: there aren’t any.

At least according to Francis and Perkins, who told Insiders that their brand was born due to the lack of space to play football in the New Jersey town of Asbury Park, where the team is nominally based.

“There was no place to play for a place called Asbury Park. There was no place,” said Francis, who at the time was on a mission to create a local soccer team that actually played the sport.

“There’s like a piece of grass with a bench and a fountain, you know, but there’s no place where you can be a playground superstar, so to speak.”

Asbury Park’s most famous attraction is the beach, while the town itself is best known for its rich musical history.

It has ties to artists like Count Basie and Blondie’s Debbie Harry, and of course the only Bruce Springsteen. Springsteen’s debut album is even titled Greetings from Asbury Park, NJ.

“Where the hell is the park in Asbury Park? Because it’s a beach,” Perkins recalled. “Everyone said, ‘Go and play on the beach.’

“I said, ‘I’m not going to put my boots on and go around the beach like I’m Neymar or something.”

However, having no place to play would not stop the couple from starting their own football club.

“We had this idea, so to speak, what if we just started this team,” said Francis.

The first thing on Francis and Perkins’ checklist was a long – and often comical – backstory for Asbury Park FC.

“Known for a number of trophies and hit singles in the 1950s, the club’s culture is based on integrating the performance arts with the art of football,” the website states, and the club was also found to be Was founded in 2014.

Next up on the list was an eye-catching logo depicting a famous painting on Asbury Park’s promenade known as “Tillie”.

From there a kit deal with Umbro followed. Umbro made home, away and retro kits that hit the shelves online.

Joke plans for a stadium called “Samesong Park” have also been announced. Samesong, a game on Samsung if you didn’t guess it, is the “sponsor” for a range of Asbury Park FC jerseys.

“Obviously, a club with our history deserves an equal reason,” said a press release from 2016. “Our ten fans around the world deserve that too.”

But it wasn’t “dozens of followers”. Asbury Park FC had built a worldwide fan base that continues to buy the club’s unique and growing collection to this day.

“It went so much further than we ever thought,” said Francis. “I mean, at that point we were selling things on every continent except Antarctica, which is amazing.

“It still drives me crazy when we get like a little notification in the webshop and it’s like Brazil. Why Brazil? Who in Brazil is an s — about it? This is still a really, really funny thing for us . “”

“When you see someone holding this kit in their hand, it’s total nonsense for people to think it’s funny, or they want to get into the joke, or they don’t understand that it is a joke, it is just so funny to me, “Perkins said.

“Whoever it is [even] when it’s the Stranger Things kid that holds the shirt. It’s so ridiculous. “

It may have gone global, but the heart of APFC is still at home

While Samesong is the usual sponsor of Asbury Park FC’s kits, local businesses are also an important part of the various kits.

Working with Frank’s, which just launched as the March 2020 COVID-19 pandemic, was his favorite, according to Francis, not only because of its sleek design, but also because APFC, in its own way, was able to appeal to the locals to help Deli through a difficult time.

“What we decided was right before COVID. Instead of working with someone or selling the shirt sponsor, we should pick some of our favorite stores in Asbury and just advertise them for free,” Francis said.

“So we made the kits,” he added. “Two weeks later, just before we start, COVID hits. And so we think that’s weird. Franks, like many restaurants, basically had to close the dining room and they were only take-away.”

“And all of the servers there work for tips only. They get $ 2 an hour plus tip. So we decided this is a charity game, we’ll pay our bills and all the profits we make.” in the tip glass, for all servers only. “

Francis said that not only were the team able to help a local business, but they really liked the kits too.

“That’s probably my favorite. I mean the shirt looked great, black and white which is our thing, a bit of that sea foam green accent.

“It was like a really cool kit, great local sponsor, but then the fact that just like you know we could toss $ 600, $ 700 whatever it was, just toss it in the tip jar and say Guys, you know, take care of yourself. That was really cool. “

The closest thing to an actual football team, Asbury Park FC is on Instagram, where it posted profiles of a number of its alleged former players, including Francis and Perkins, in 2019.

Francis, known as Boudreaux Thibodeaux in his profile, was “a bit slow” and had “negligible match fitness due to high gumbo intake”. Perkins, or Omarian Winters Sr., was “Tillie’s number one offensive threat in the late 1970s”.

Rocco Baggio – real name Alex Rosamilia, member of the rock group The Gaslight Anthem – was “Giorgio Chinaglia and Carlos Alberto in one”.

While Thibodeaux, Winters and Baggio never really made it onto the pitch, of course, that may change in the future.

“It’s a card we can only play once,” said Francis when asked if Asbury Park FC could one day take over the field for a Soccer Aid event.

“We had some great opportunities. Last year there was a charity soccer game in New York outside of New York City, but it was like New York State and there were either four or five Premier League players playing in it.

“But it was just one of those things like it was, it’s not in Asbury Park. It’s not even in New York. It’s in the Catskills. Who’s going to go to this thing?

“If we want to do it, we can only do it once. So it has to be the most perfect opportunity. But we’re certainly not against it. It just has to be great.”

“It just has to be incontestable.”

One objective sufficient for the gaucho soccer workforce to beat Petaluma

admin - February 10, 2021
0
The Daily Wildcat spoke about Zoom in a recent interview with Jill Aguillera, the senior striker for the Arizona women's soccer team. Aguillera...