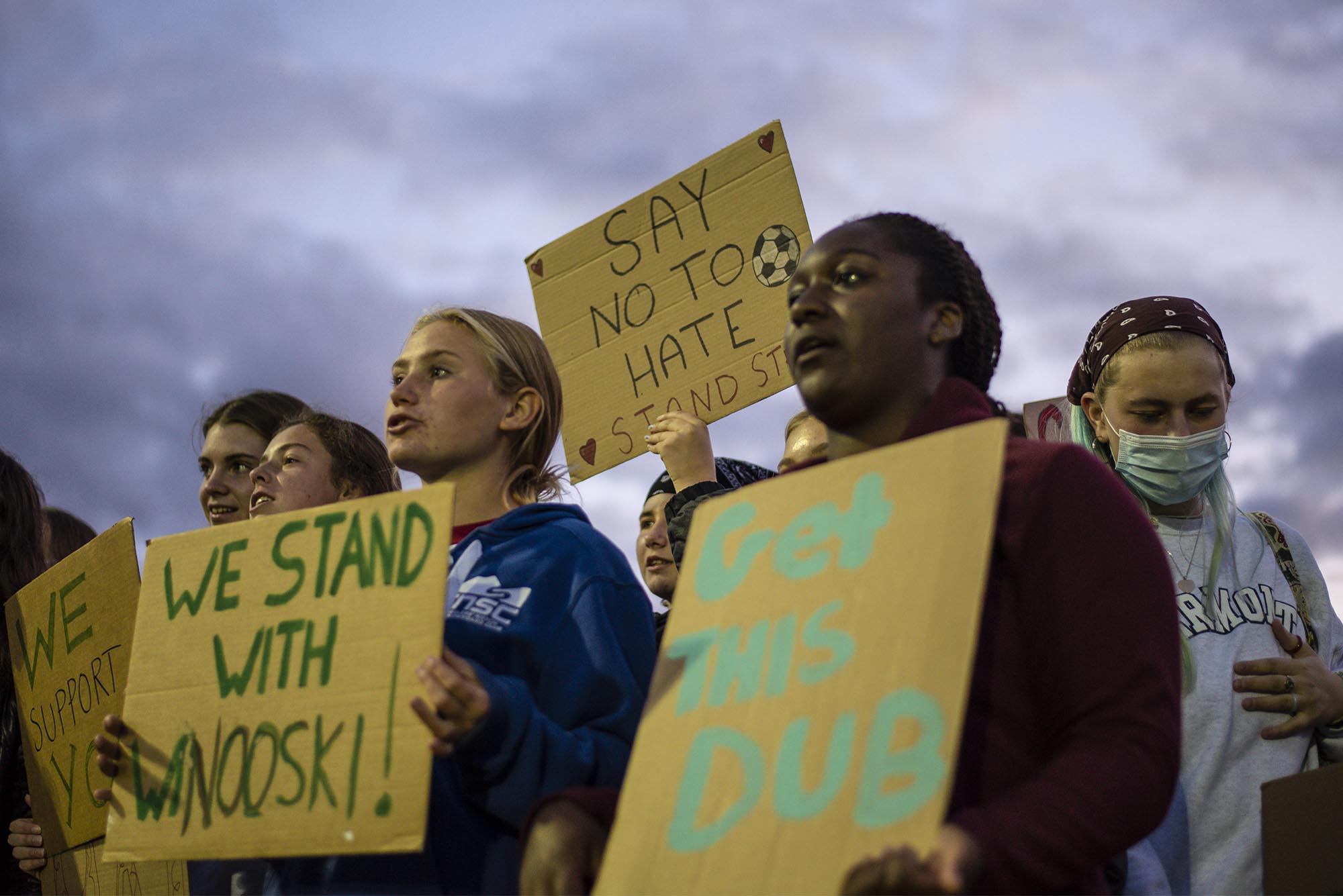 WINOOSKI — Hundreds of people turned out under the lights at Winooski High School Tuesday night to show support for the school’s boys soccer team, which the city school district’s superintendent said faced racist abuse during a game earlier this month against Enosburg Falls High School.

Superintendent Sean McMannon said in a statement posted to the district’s Twitter on Friday that Winooski High players of color “were called the N-word, monkey, and terrorist” during the Sept. 18 game, which was in Winooski.

McMannon also called on the Vermont Principals’ Association, the governing body for school sports in Vermont, to take stronger actions to combat racism in the state.

Jay Nichols, executive director of the association, said Monday the association was aware of the allegations and was investigating a Winooski player who headbutted an Enosburg Falls player.

Officials decided Sept. 24 “to begin immediately developing a reporting system for any racially related incidents at any high school sporting event in Vermont,” the association said in a statement Tuesday.

If you want to keep tabs on Vermont’s education news, sign up here to get a weekly email with all of VTDigger’s reporting on higher education, early childhood programs and K-12 education policy.