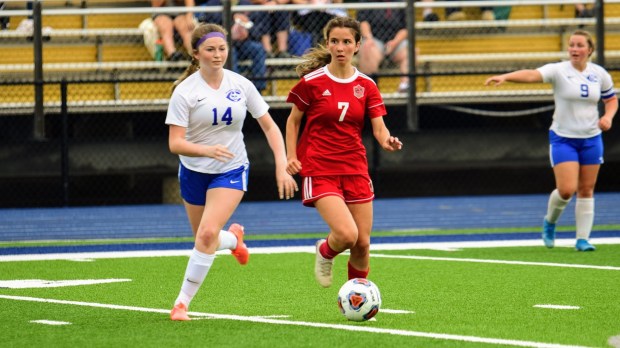 The Michigan High School Soccer Coaches Association recently released their selections for all states for the 2021 girl season and a total of 10 players from the Dearborn area were honored.

Divine Child had picked seven players for the All-State team in a big year for the program.

The Falcons scored a total of 17-5, won their first Catholic League title, clinched their third consecutive district crown, and won their first regional championship. Divine Child reached the semi-finals of Division 2 and lost to eventual national champions Bloomfield Hills Marian with a score of 3-0.

Dearborn High had picked three players for the All-State team this spring.

The Pioneers achieved an overall record of 14-7-1, took second place in the KLAA East and won a second district title in a row. Five of Dearborn’s seven defeats were caused by just one goal, including a 1-0 loss to Ann Arbor Skyline in the regional semi-finals.

From Dearborn, senior striker Lila Mozham was a selection of the third team in the entire state league in Division 1.