OFF THE POST NEWS
Home Players US soccer: gamers not have to face for the anthem 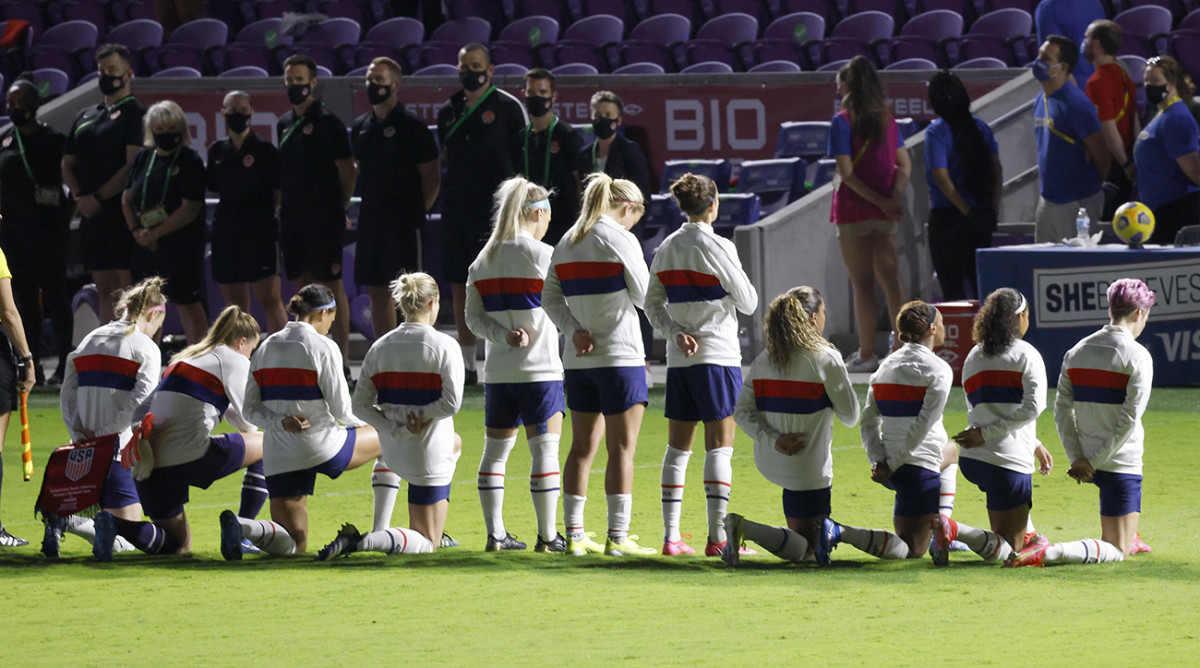 The National Council of the US Football Association voted to repeal Directive 604-1 at its annual general meeting on Saturday. Politics required players to stand for the national anthem.

According to ESPN, the vote to repeal the directive received 71.34% of the weighted votes. Although it had already been lifted in June, it still needed an official vote.

Originally adopted in 2017, the policy read: “All persons representing a federation national team must stand respectfully when playing national anthems at any event where the federation is represented.”

The policy was introduced in response to midfielder Megan Rapinoe, who pulled a knee during the 2016 national anthem to show solidarity and support for NFL quarterback Colin Kaepernick. Kaepernick protested police brutality and racism in America by kneeling with the 49ers during the national anthem.

When discourses and comments against the lifting of the policy were made during the meeting, USSF President Cindy Parlow weighed in.

“This is about the right of athletes and our staff to peacefully protest against racial inequalities and police brutality,” said Parlow. “Therefore I urge our members to support our employees and our athletes with this policy.”

- April 9, 2021
0
WATSONVILLE, Calif. (KION) A Watsonville-based nonprofit that uses soccer to keep children off the streets is...